Need to vent and get some advise.

My wife and I have been having some issues with our passion. As with any relationship (at least that I have had) our intimacy went from hot and heavy (first 18 months) to very vanilla and extremely infrequent. While my desire has remained strong and adventurous, hers has waned.
Over the last six months I have been unable to please her orally.
About six weeks ago we went to bed angry with each other for our first time in our six years. We had driven separately to a local restaurant and as I walked her to her car I asked if we could stop in and check out a new toy store on our way home. She responded with a frustrated roll of the eyes and a FINE and I told her to just forget it and turned to walk to my truck. She said no we'll stop and I told her to go right ahead and I would meet her at home. She didn't and we didn't speak the rest of that night and the following morning she asked if I wasn't talking to her now. I responded telling her that we need to but it was her that was unable to. She stated that she does not understand why she has trouble talking to me about sex and the changes her body is going through. She shared with me some issues she has been having with menopause. She had lost feeling and my above average size was sometimes painful for her to take. I went out to the health food store and found some relief for her with a supplement and a cream. Happy to report, I was able to bring her off orally and It became more pleasurable and less painful. I still hit some spots but it is better for her.

Over the last few years, I have had the desire or openness to watch her with another man and join in to please her. When I have shared this with her, her response has varied from It would have to be someone she trusts to she didn't think she could do it.

As my frustrations with our sex life has increased, my desires have also changed a bit. I have been fantasizing about going down on her once I have filled her. While the desire is there before I get off, it disappears once I have climaxed.
I turned 49 a couple of weeks ago and we spent a long weekend at the beach down by Tampa. Things started off stressed when I had to call my mom to get a happy birthday from her and after a very short coupling Thursday night (which she dressed up for and lasted 10-15 min) my frustrations on Friday led me to not giving a shit if she found me reading literotica. She questioned if that is all I do now and I didn't understand what she meant by that. I told her that I enjoyed reading the short stories. Some are real experiences some are not. I went on to explain my desires to watch her in her most vulnerable state are to see just how beautiful she is. That first touch and kiss. The excitement of someone or something new. The different technique of pleasure that a different man would give her. Things that are not possible with just her and I. I also expressed my desire to clean her up some time and I also told her about my loss of that desire once I have climaxed. I told her in order to help me experience that, she would have to take charge and force it down on me. That led to a 5 min coupling of me taking her from behind.

In my mind sex can be described in three ways. Making love, fucking and appeasing. I felt like the entire thing was an appeasement.

Needless to say I was in a funk all last week and I could not and would not tell her why. I ended up taking a nap Friday afternoon and was woke up with soft kisses on my back. We did actually make love on Friday which was very nice.

Do not get me wrong, our relationship is very strong and we love each other very much. I have always told her that I do not care what we do as long as we do it together.
Reactions: 1sweetcouple

Looks like I have posted this in the wrong section. After I posted it I saw the section for new members.

Yo Longwood, don't sweat the small stuff, so what advise are you looking for?
O

Lostinlongwood said:
........Over the last six months I have been unable to please her orally.
Click to expand...

She should seek help.

Oddzilla said:
She should seek help.
Click to expand...

We had a long talk yesterday and she (on her own) had looked up cuck and read up on it. She told me yesterday that she could not do it while I watched. She felt that she would be betraying herself doing it.
I do not desire that, at least not at the start. I would be worrying about her safety and such.

In my job, I am responsible for several million dollars worth of business. I am very much in control of it and I am a take charge type of person (in all aspects of my life) when problems arise. She used her problem with menopause as an example. She told me of the problem, without being asked I sought out something to help.

I have been reading a lot of literotica over the last six months of our drought. Up until 2 weeks ago, the majority of the stories I would read were mmf related. Some of the stories that excited me the most are of the husband having no control of the situation and as in this one, not even being present. This is a example of what gets to me and I now realize I am torn by it. https://www.literotica.com/s/i-talked-her-into-this. When I read this one I thought, no way in hell.

I hadn't really ever realized my "take charge" type of personality fully until she said that yesterday. Once she said it, I realized why some those stories get to me. It is because I have no control of the situation. After she told me she wouldn't be able to do it with another man while I watched, I realized that this is the direction that I don;t want to go in. In addition she is looking at it as doing it for me which is wrong. This is something that she would need to do for herself first, us second.

Is it possible for her to be a hotwife without me being a cuck? I view cucks as being inadequate in bed. Smaller in size and their wives needing something more to satisfy them.

I think my main desire for her to get some strange is to rejuvenate our sex life. I am (in my opinion) a lot for her body to take (8"x5.5"). I would like us to explore our sexuality together.
Reactions: Hotwifejaxi

Thanks for sharing your story. You certainly don't need to be a cuck!
I am a hotwife and my husband is a 'stag'. He loves it when I have sex with other men but with the utmost respect for him as well. If I'm
alone with the other man my husband just wants for me to tell him everything that happened. He has also watched because he fully enjoys seeing me as his sexual goddess being pleasured by another lover. He loves to penetrate me when I'm full of another mans cum. He reclaims me as his.
I felt the same as your wife when my husband first discussed this kink with me. I was very hesitant and it took a long time for me to warm up to the idea.
Our situation has been similar to yours in many ways. Feel free to message me if you'd like and I can share more about my perspective as an initially hestitant new hotwife.
Reactions: nutinbutfun 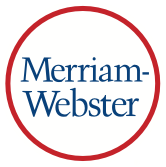 HotWife Lifestyle Thursday at 6:27 AM
robbiewillsucku

HotWife Lifestyle Yesterday at 12:26 AM
Couple4MFM